Stayin’ Alive: One Beep Could Save a Life 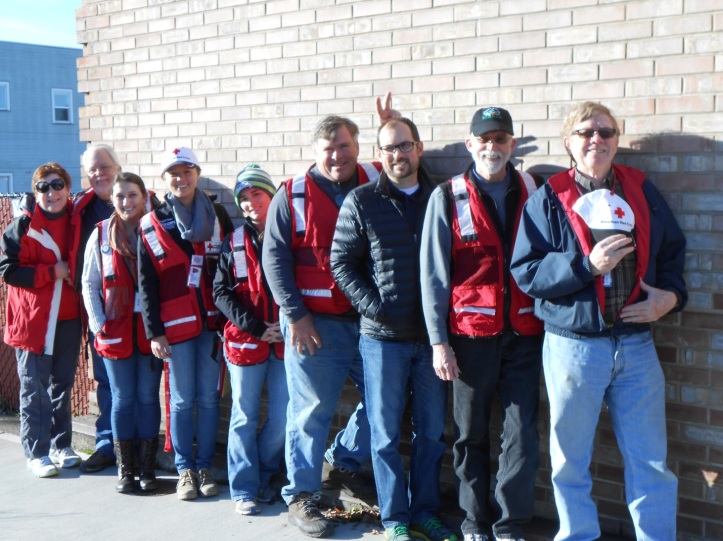 Early on a Saturday morning, volunteers, staff and AmeriCorps members gathered at the American Red Cross in Bremerton to go out into the surrounding neighborhoods and install free smoke alarms in homes. The Home Fire Campaign is in full swing across the nation and the end goal is to reduce injuries and fatalities caused by home fires by 25% over five years.

Installing one smoke alarm in a home could save a person’s life. Not only were we present to install up to three of these devices, but we were graciously allowed into individuals’ homes to educate them on fire safety as well as earthquake and winter storm preparedness.

Tony Hillman, one of the four Disaster Preparedness and Response Coordinators in the Kitsap and Olympic Peninsulas Chapter, led the group in an informative training before teams were selected and sent out with their list of addresses and supplies. Three teams of three were equipped with step ladders, drills, educational material and an assortment 10 year and 1 year battery smoke alarms.

The day was organized in such way that each team knew exactly whose house they were going to, where it was located, and when they were scheduled to be there. For our first installation event this year, it went off without a hitch.

Surprisingly, the sun was shining down on us after days of power outages, wind and rain…one could say this was a sign and that we were bound for successful day! A local coffee shop kindly donated homemade cookies to sustain us on our smoke alarm blitz. We were able to install 51 alarms in a four hour time period.

In the words of one of our newest volunteers Steve Fisher, “We touched a bunch of lives and made 23 houses safer.  A good day.” It was a very good day indeed. Even if it had been a typical dreary Washington day, it will always be a good day to keep stayin’ alive and saving lives.