Coping With Disasters in Our Own Backyard

It wasn’t a disaster on the scale of hurricanes Harvey or Irma, but for residents of the Carriage House apartments in SeaTac, WA, the fire that tore through the building on a recent Friday night was a disaster just the same. As with Harvey and Irma, it brought out the Red Cross to help the victims.

The fire badly damaged or destroyed half the apartment house’s 40 or so units. All the building’s utilities had to be shut off–making it unlivable for any of the tenants. The Red Cross opened a shelter, with the expectation of keeping it open at least a week.

Volunteers from the King County Red Cross chapter turned out to operate the shelter, but finding enough volunteers to keep the shelter running is a reach. “We are stretched thin due to wildfire and hurricane deployments,” said Anne Ricciardi, Regional Disaster Workforce Engagement Manager.  In an appeal to surrounding Red Cross chapters, “We need your help to staff the shelter.”

What makes the SeaTac fire noteworthy is not that it is an unusual occurrence for the Red Cross to help people displaced by fire, but that it is all too common. Sending volunteers cross-country to assist hurricane victims makes the headlines, but the everyday job for most Red Cross workers is responding to home fires in their own backyards. 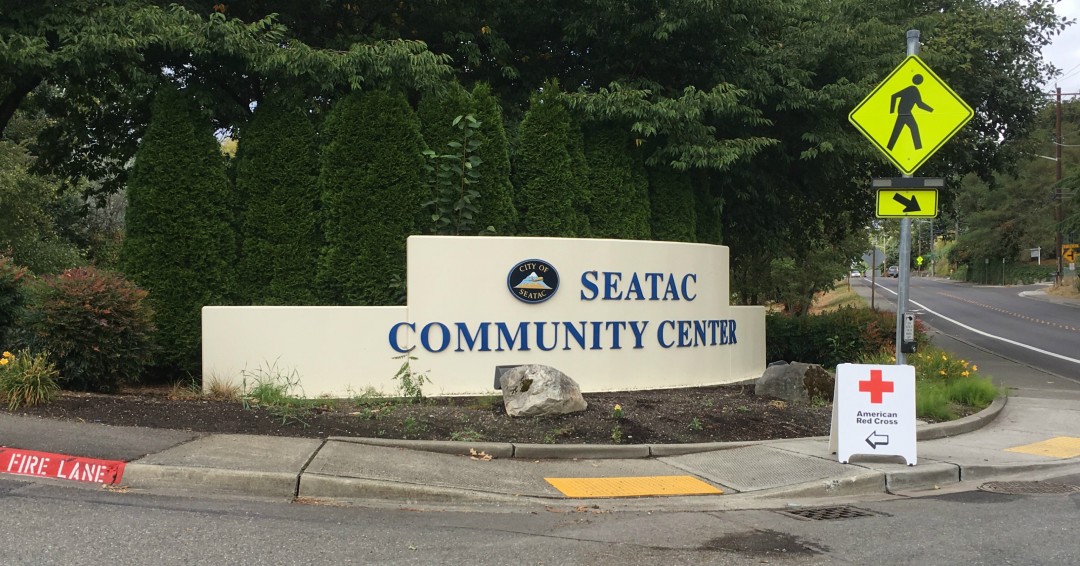 That is why the Red Cross has a dual mission when it comes to home fires: Not merely assisting people displaced by fire, but also working to prevent fires and minimize loss in the first place. That is what is behind the Red Cross Home Fires Campaign.

The goal of the campaign, launched in 2014, is to reduce death and injury from home fires by 25% by 2020. To accomplish that, the Red Cross has been installing free smoke alarms in homes that don’t have a working alarm. That is crucial, since three of every five home fire deaths occur in homes that have no smoke alarm or lack a working alarm. Along with handing out smoke alarms, Red Cross workers also distribute fire safety literature meant to help families prevent and survive home fires.

Volunteers are the driving force behind the Home Fires Campaign. The Kitsap & Olympic Peninsulas Chapter of the Red Cross recently tried something creative to engage volunteers in the campaign. It was an invitation from Amanda Hakin, volunteer services specialist for the chapter, that read, “A lot can happen in two minutes”. That two-minute warning was significant for two reasons.

First, says Hakin, “A family might only have 2 minutes to evacuate their home in case of a fire.”

Second, to drive the point home of how quickly two minutes can pass, the meeting was held at the chapter’s Bremerton main office early on August 21–the morning of the great solar eclipse. Peak darkness lasted barely two minutes in Bremerton–making it graphically clear how little time there is to reach safety after fire breaks out. 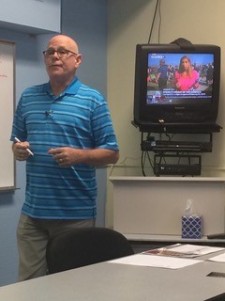 One community in the KOP chapter has already gone ahead with putting alarms in place–Forks in Clallam County. Volunteer teams installed 52 smoke alarms in 38 homes on an August Saturday. The installation was done by Forks firefighters, while Red Cross volunteers handled paperwork and home fire safety education.

“We felt we really accomplished something,” says Clallam County Red Cross volunteer Mary Ann Dangman. “Most of the homes were built in the 1970s,” she says. “Some of them had smoke alarms that had not been changed since the day they were installed.”

If you need a smoke alarm–or know someone who does–contact the Red Cross at getasmokealarm.org.