Helping to Heal the Emotional Scars of Hurricane Harvey

Ginger, of Seattle, is a Disaster Mental Health volunteer in both the King County Chapter and the Northwest Region of the American Red Cross. She recently completed a deployment to the Beaumont-Port Arthur area of Texas in the response to Hurricane Harvey.

The area is on the Texas Gulf Coast and was hit hard by rain, high winds and storm surge. Ginger’s role on deployment was to venture into hard-hit neighborhoods as part of a team of mental health professionals who counseled people returning to their homes for the first time since the storm made landfall. 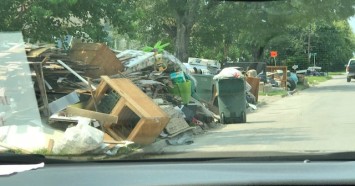 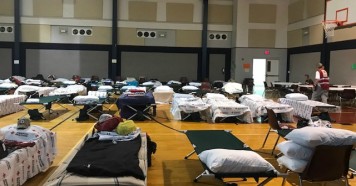 The first wave of Red Cross volunteers to Harvey mostly ran shelters to shield people from the perils of the storm itself. By the time Ginger arrived, the storm had long passed. The challenge then became going out into the community to bring assistance. “Our job was community outreach,” Ginger says. “We were there to put boots on the ground.”

Ginger is a retired school psychologist with an advanced degree from the University of Washington. She worked with children from preschool to fifth grade. She retired from her job in education five years ago and became a mental health volunteer with the Red Cross in Seattle.

“I wanted to do something where I could give back to the community,” she says. “And I wanted it to be in an area where I could put my professional skills to use.”  The Red Cross has a continuing need for mental health volunteers since disasters such as fires and floods can have a severe emotional impact on the victims.

Harvey was not Ginger’s first Red Cross deployment. In fact, it was the third time she was sent to Texas — her previous responses were for flooding and tornadoes. Closer to home, she provided emotional support at the Oso mudslide that killed 43 people in 2014, and the Cascade Mall shooting in Burlington, WA that killed five people in 2016.

So how does a mental health professional tackle her job — in this case helping storm victims manage the return to what remains of their homes and communities, of all that was familiar and dear to them?

Ginger describes her role as one of triage — sending those who seemed able to cope back to their old lives, but earmarking some for more extensive help.

In making that call, she tried to assess the coping skills and emotional strength of the people she saw. “Fortunately,” she says, “most of the people I saw were remarkably resilient. They would say, ‘I may have lost many things, but I still have my family.’ “ 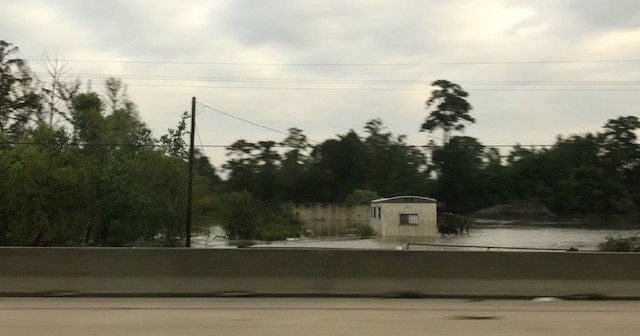 Ginger also educated her clients about the difficulties they might experience in the weeks and months ahead–sleeping and eating issues, a high frustration level with temper flare-ups.

What often helped, she says, was encouraging clients to identify a past trauma and talk about how they dealt with that crisis. “It was helpful for them to identify the strategies that worked for them in the past, which they could now call on again,” she explains.

The children of storm victims present a special challenge to mental health workers. “Children and adults process information differently,” she says. News items on TV that parents might take in their stride could be deeply troubling to a child, who has fewer experiences to call upon in interpreting events.

One approach she does not use is telling storm survivors that things could have been worse.

“I let people tell me that but I don’t tell them that,” she says. “It is better if I don’t make that judgment.”

Part of Ginger’s responsibility was assessing the emotional state of the Red Cross workers deployed to Harvey. ”I found that people who had previously been deployed held up better than people for whom it was a first deployment,” she says. “Experience goes a long way toward making a successful deployment.” First-time volunteers did better, she says, if they were paired with more experienced partners.

Having been deployed to Texas before, Ginger found the Texas summer less of a shock than it was to many volunteers from the Pacific Northwest. Even so, between the heat and humidity and the damage and discomfort, she still found the Harvey response stressful.  “We needed good coping skills ourselves to get on with the job,” she says.