Why Tony Hillman Volunteers at the Red Cross — and Elsewhere, too 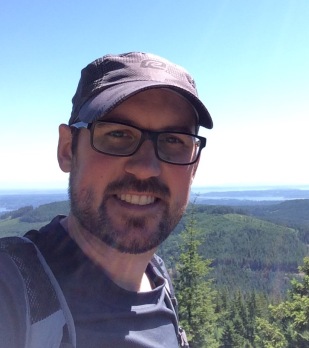 Just over 40,000 people live in Bremerton, WA, and Red Cross volunteer Tony Hillman may very well be the busiest of them all.

Day job for Hillman, who is an accountant, is controller for Habitat for Humanity of Kitsap County. As a volunteer at the Kitsap and Olympic Peninsulas (KOP) Red Cross chapter — whose main office is in Bremerton — he monitors how the chapter spends money on aiding disaster victims.

And now, Hillman has taken on yet another task. He was recently appointed to serve a two-year term on the Bremerton City Council. The seat became vacant when the previous holder was elected mayor of Bremerton. Seven people applied to serve on the council. In the end, Hillman was selected to fill the vacancy. His district includes the Puget Sound Naval Shipyard and Olympic College.

The lessons of volunteering and serving the community were instilled in Hillman as a child growing up in Sandusky, MI. His father has been the chief of the town’s volunteer fire department for years. His father also served on the local city council, while both his grandfather and uncle were mayors of their respective towns. Among his other achievements growing up, Hillman was an Eagle Scout.

He studied economics and management at Albion College in Michigan. He then spent three years at a small CPA firm near Detroit and moved to Phoenix, AZ when one of his clients opened an auto dealership there. He and wife Carrie spent five years in Phoenix and then moved to San Jose, CA where Hillman was controller of another auto dealership group. He also found time to gain a Master’s degree in Public Administration from Western International University.

The Hillmans came to Bremerton three years ago. His wife’s parents had retired from Washington, D.C. to Port Townsend, WA while her sister lived in Seattle. “Bremerton was right in the middle so we moved here,” he says. 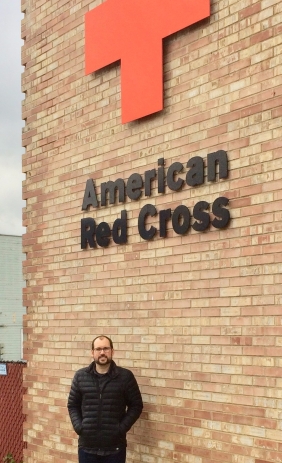 One of his tasks as an AmeriCorps volunteer with the Red Cross was making presentations on emergency preparedness to area groups. Hillman reckons he and fellow AmeriCorps taught preparedness lessons to over 10,000 children and adults.

He also oversaw the installation of smoke alarms in local homes — part of the Red Cross Home Fire campaign, which seeks to cut deaths and injuries from home fires by 25% by 2020 by installing alarms in homes that don’t have them. “I liked doing the installing,” he says. “It gave me a chance to get to know Bremerton and meet other members.of my community.”

On one installation he met someone who worked for Habitat for Humanity. “I learned they were looking for an accountant,” he says. “I applied and got the job.”

Hillman is a serial volunteer because he was taught as a child that volunteering is what involved, responsible people do. He feels fortunate in achieving what he has in his life, “Now I have a duty to give back and help,” he says. ”And I enjoy volunteering. It is fulfilling.”

What the Red Cross, in turn, has done for Hillman is given him an opportunity to volunteer with an organization that makes a real difference in the world by both helping victims of disasters and helping prevent disasters.

Hillman says he definitely felt he was accomplishing something meaningful when he installed smoke alarms in homes that did not have them, “We would install alarms in a home with three or four kids that didn’t have any, and we could feel we were helping to save lives,” he says.

Join Tony in our effort to Sound the Alarm and Save Lives from home fires.

Learn how by visiting: www.SoundTheAlarm.org