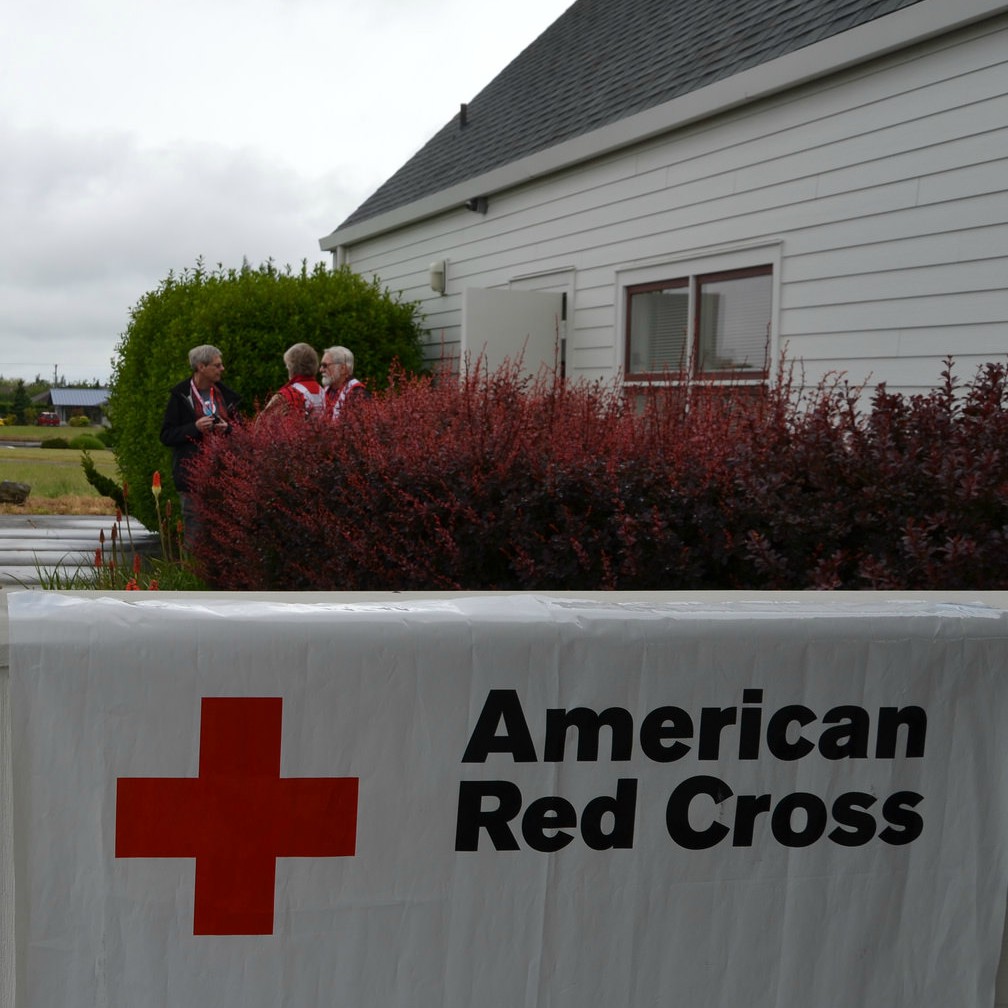 Every region the Red Cross serves has something that sets it apart.

New York has teeming streets and towering buildings. Florida and south Texas face the persistent threat of tropical storms. Parts of California are at risk from wildfires and mudslides.

What makes Clallam County WA stand out is not merely its vast area and spectacular scenario, but a potential peril no other Red Cross chapter has ever faced — vampires.

Clallam is one of the four counties that make up the Kitsap and Olympic Peninsulas (KOP) chapter of the Red Cross, the others being Kitsap, Jefferson and Mason.  It is situated at the top of the Olympic Peninsula, across the Strait of Juan de Fuca from British Columbia. Ozette, in Clallam County, is the westernmost town in the continental United States, and Cape Alava is the westernmost point.

Only 73,000 people live in the county — 37 per square mile against 6,700 per square mile in Seattle. Among population centers, county seat Port Angeles has around 19,000 residents; Sequim, where Red Cross operations are based, has 6,600; and Forks has 3,800. Within the county are the Olympic range of mountains, Olympic National Park, Olympic National Forest, several tribal reservations and a Coast Guard facility at Port Angeles.

No actual vampires are known to live in Clallam County, but they are a presence just the same. That is because the wildly-popular Twilight Saga series of books is set in Forks. Author Stephenie Meyer chose Forks because of its gloomy boast as the rainiest city in America. The town celebrates the author and her books every September with the Forever Twilight festival — which promises visitors a possible vampire sighting.

The Red Cross just observed its 100th anniversary in Clallam County — starting out as the U.S. prepared to enter World War 1. “We cover all of Clallam County from Sequim,” says Don Zanon, a 10-year Red Cross veteran who is disaster response lead for the Red Cross activities in the county. Zanon, with a background in mental health management, is Disaster Mental Health lead for the KOP chapter.

Zanon relies on 50 or so volunteers to help cover the county’s 1,700 square miles. (Distances within the county are vast. Forks is a 90-minute drive from Sequim on a road that cuts through Olympic National Park.) Red Cross teams respond to an average of two fires a month, but Zanon notes that Clallam County volunteers have been deployed to such far-off locations as New York (for super storm Sandy) and Puerto Rico (for hurricane Maria). Because the response area is so spread out, Joe Ogden, who is in charge of Chapter logistics, keeps trailers filled with relief supplies at strategic locations around the county.

Bill Wheeler, also a long-time Red Cross volunteer, teams with Zanon to manage both Red Cross disaster response and training. Wheeler retired as a school administrator in New Hampshire. He had a daughter in the area and says he “fell in love with Sequim” and so settled there.

Overall management of disaster response for the chapter falls to Steve Finley, disaster program manager in Bremerton, where the chapter headquarters is located. He meets with the Clallam county response team monthly, but to a great extent relies on Zanon and Wheeler to manage day-to-day events in the county on their own.

There is close cooperation between the Red Cross and county emergency management, and equally close cooperation with local government and community groups. Examples of such cooperation are easy to find. Last August, says volunteer Mary Ann Dingman, Red Cross crews teamed up with Forks firefighters to install 52 smoke alarms in 52 area homes.

Wheeler explains that tribes within the county manage their own disaster response, but the Red Cross helps with training. Relations with the tribes are close, he says.

This strong sense of community helps the county produce avid Red Cross volunteers, including Don’s wife Geri who handles the front desk at the Sequim office. Dianna Cross has been a volunteer since moving to the area from Hawaii more than 30 years ago. (She was living in Honolulu in 1941 when Japan bombed Pearl Harbor.) She was a disaster responder for years, but at 93 is too old to do so now. So she helps assemble the kits responders issue at disaster scenes. Cross and fellow volunteer Jo Oliver were honored by the Clallam County commissioners last year for their service to the Red Cross.

While Cross has been around for decades, Molly Erickson of Forks is a newcomer to the Red Cross. She became a volunteer only recently, after retiring from the U.S Forest Service. She is training to respond to disasters at the county’s western edge.

If volunteers are important to all the Red Cross does, they are essential to the services the Red Cross delivers in Clallam County. Everything the Red Cross does in the county is done by volunteers, Don Zanon and Bill Wheeler included, who have shown themselves willing to give up their time and often their comfort to assist disaster victims. “We couldn’t do the work we do without our volunteers,” says Leigh Kamasz, executive director of the Kitsap and Olympic Peninsulas chapter.