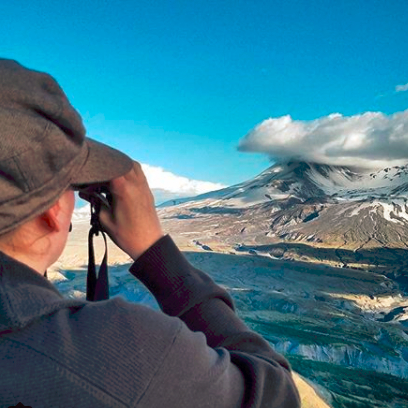 Make the most of Volcano Preparedness Month

It is mildly interesting to know that May is National Hamburger Month, National Salad Month and Older Americans Month. But if you live in Washington state, you should definitely know that May is Volcano Preparedness Month — officially proclaimed so by Washington Governor Jay Inslee.

To understand what is behind that proclamation, we talked to Brian Terbush, volcano program coordinator for the Washington Emergency Management Division. The intent of Volcano Preparedness Month, he says, is to make state residents more familiar with volcanic risk and to teach steps that can moderate that risk.

Washington state has five active volcanoes, stretching along the Cascade Mountains: Mount Baker, Glacier Peak, Mount Rainier, Mount St. Helens and Mount Adams. Mount Hood in Oregon, close to the border with Washington, is also active. None are thought to be on the verge of erupting, says Terbush, but all are active volcanoes capable of erupting. (Active means the volcano has erupted within the past 10,000 years.)

It is coincidence that the dramatic eruption of Kilauea in Hawaii has come during May, sending molten lava through residential neighborhoods. Washington lies on the Ring of Fire, the chain of volcanoes that rings the Pacific Ocean. Larger eruptions in populated areas — such as Mt. Agung on Bali earlier this year — make the news, but there are always eruptions around the ring of fire. The worry is one day it could be Washington.

Picking May as volcano preparedness month is a pretty obvious choice. It was 8:32 on Sunday morning May 18, 1980 that Mount St. Helens erupted, killing 57 people and destroying 150 square miles of forests. Mount St. Helens is the most active volcano in the Cascades, but all five have erupted in the past. Mount Rainier, for instance, has erupted at least four times in the past 4,000 years and is considered one of the most hazardous volcanoes in the United States.

Mount Hood most recently erupted just before explorers Lewis and Clark reached Oregon in 1805. Glacier Peak has erupted six times in the past 4,000 years, and an eruption some 13,000 years ago sent volcanic ash as far away as Wyoming. The 1980 eruption by Mount St. Helens continued until 1986, and there was a period of continuous eruption between 2004 and 2008. 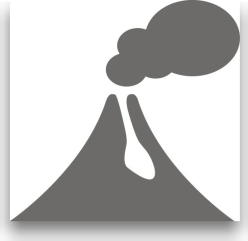 Since it is Volcano Preparedness Month in Washington, how do you prepare?

Fortunately, there is plenty of teaching material available from many sources, including Volcano Safety Tips from the American Red Cross.

First, you should know what to expect in a volcanic eruption. What immediately comes to mind is lava, and pictures from Hawaii have shown rivers of red-hot lava. But lava is just one of the perils. Volcanic ash can make breathing difficult. So can hazardous gases from the volcano; people have been evacuated in Hawaii because of the presence of those gases.

Finally, there are lahars — huge mud-flows from the sudden melting of snow and ice during an eruption, that can flood river valleys many miles from the volcano. What makes Mount Rainier so hazardous are the millions of tons of glacier that cover the mountain, material that could turn into a gigantic lahar in an eruption.

Your best defense against harm in an eruption is to prepare for it in advance. There is no way of predicting precisely when a volcano will erupt, but eruptions are usually preceded by such signs as small earthquakes, a sudden change in the shape of the mountain and increased emissions of gas. The U.S. Geological Survey website at volcanoes.usgs.gov tracks volcanic activity and lets you sign up for notifications of any activity in nearby volcanoes.

Finally, the Red Cross offers a wealth of material about volcanoes on its website, including advice on what to do before, during and after a volcanic eruption.

For example, prepare for a volcanic eruption by making sure everyone in your family knows what to do should you be in the eruption zone. Keep goggles and a dust mask handy for each family member to protect against ash. Talk to your insurance agent so you know what is covered in case of an eruption. Prepare an emergency kit to keep pets safe during a volcanic eruption.

Stay inside during an eruption and keep windows, doors and dampers closed. If you must go out, use goggles and a dust mask and keep all skin covered. Put cars and machinery into the garage or cover them so they aren’t choked by falling ash. Of course, obey any orders to evacuate. With active volcanoes nearby, this is advice you might have to put to practical use.

You are very likely to survive a volcanic eruption, says Brian Terbush, as long as you understand the hazards and follow directions.

Do take the opportunity now, while these beautiful mountains are quiet, to learn about the dangers they could someday pose to you and your family.