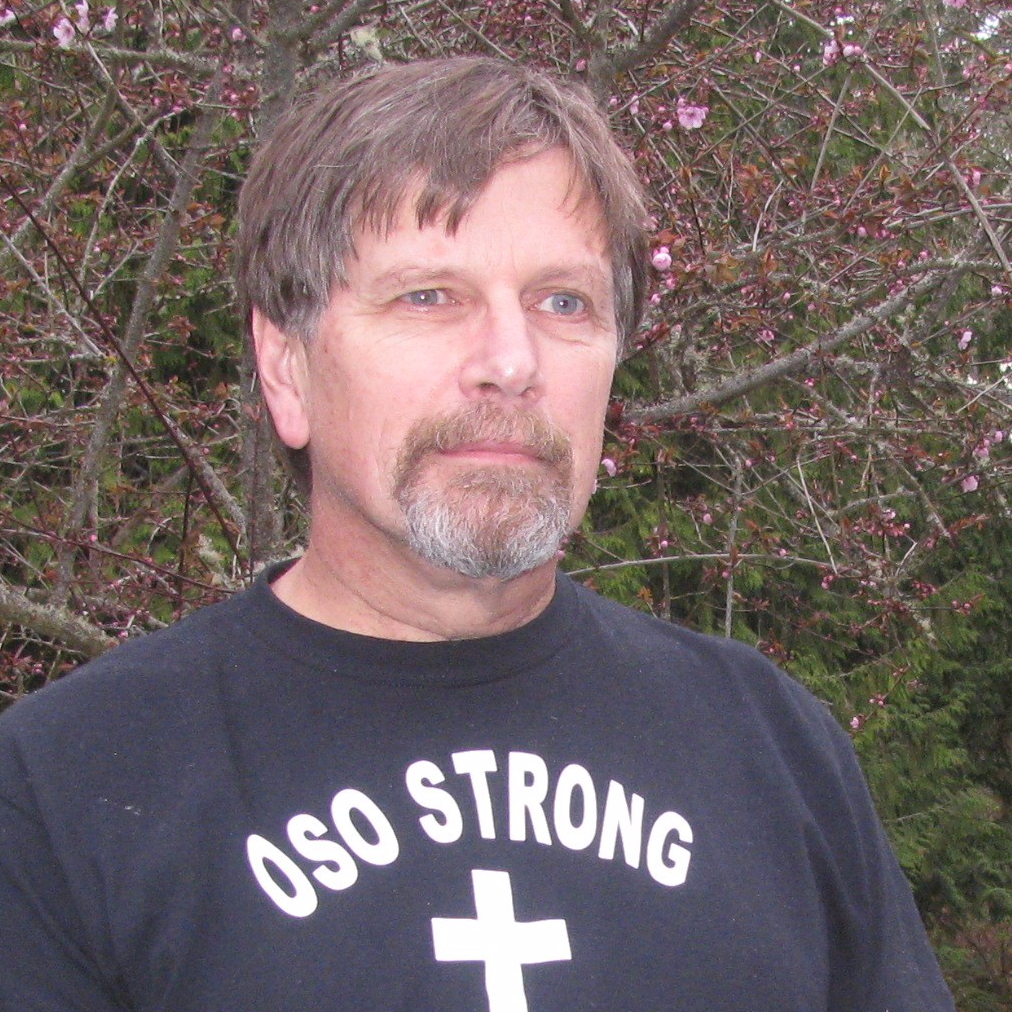 It should be no surprise that deploying to the California wildfires felt very familiar to Red Cross volunteer Roger Drake of Port Angeles WA.

Roger’s first Red Cross deployment was in 2011 to aid tornado victims in Alabama. Going to California this year to help wildfire victims was the 18th time he has gone into a disaster zone for the Red Cross. “There have been fourteen big deployments and four little ones,” he says. A big deployment can run several weeks, he says, while a little one is over in just a few days.

Of all the times he has flown off to disaster scenes, the California deployment did prove unusually taxing.

For one thing, it was never possible to settle into the groove of doing one job in one location. The sheer scope of the California fires kept everyone moving around—trying to stay ahead of the flames.

Roger first went to Redding CA, scene of the Carr fire. There he scarcely had time to unpack before he was thrown into action. “When I got to Redding I was immediately needed,” he says. “I stayed up for 29 hours straight.”

After five days in Redding, Roger was moved south to a different disaster, the Mendocino complex of fires, to manage shelters. Even then he was moved from one place to another as the fast-moving fire kept threatening new areas. “The situation changed daily and we kept moving around to be in the best position to help,” he says.

Many days were spent in preparing stand-by shelters to be put into use if the fire forced mass evacuations.

The fires often made travel in the area precarious. “We took California Highway 20 to get from one shelter to another,” Roger says. “The road was barely open the day we took it, and they had to close it completely the next day.” Ash falling from the sky was a frequent reminder of how close the fires were.

Nor was aiding human refugees the only problem that Red Cross shelter crews faced. Many of the refugees brought their pets along with them. A shelter in Lower Lake CA, Roger says, “held 180 people, about 45 dogs and 45 cats.” Caring for both people and animals proved challenging, Roger says. “And many of the people in the shelter had medical issues, which made it hard for them to care for their pets.”

Even when the immediate fire danger passed, it was not easy emptying shelters and shutting them down. Smoke filled the air long after the flames had moved on. “People with respiratory issues wanted to stay in the shelters until the air back home had cleared,” Roger says.

Port Angeles, where Roger lives, is in Clallam County, one of the four counties that make up the Kitsap and Olympic Peninsulas chapter of the Red Cross. Chapter headquarters is in Bremerton WA, where Roger was born. He grew up in Poulsbo, WA, a few miles north of Bremerton.

He retired from the Park Service in 2007 and began casting about for volunteer opportunities. He had been a volunteer firefighter, but wanted to try something different.

For many years, he has been a disaster responder for the Red Cross in Clallam County but his real passion is being deployed to disaster zones. For one thing, there simply aren’t that many opportunities to respond in sparsely populated Clallam County. “I could go three or four weeks without being called out,” he says. “When you deploy, you get the chance to help hundreds of people every day. But we can’t forget to recognize the DAT heroes who respond at all hours close to home.”

He was deployed twice to superstorm Sandy in 2012. First he worked in a shelter and distributed supplies in New Jersey. “Then I heard that New York needed drivers for emergency response vehicles (ERVs) so I went back,” he says.

In 2017 he responded to both Hurricane Harvey in Texas and Hurricane Maria in Puerto Rico. “Puerto Rico was the most difficult, most challenging deployment I have ever been on,” he says. He even deployed to Clearlake, CA in 2017. That is close to where he was this year, but last year’s disaster was flooding, not wildfire.

Roger is back home in Port Angeles now. There is no telling, of course, where disaster will strike next. Wherever it is and whatever the nature of the disaster, it is highly likely that Roger Drake will be one of the Red Cross relief workers on the scene.