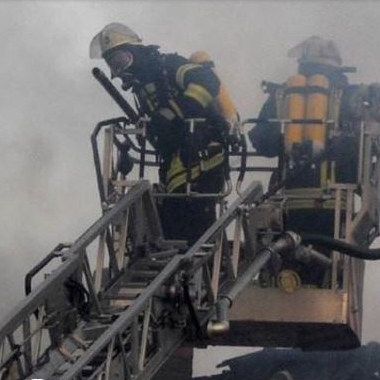 10 Ways to Make the Most of Fire Prevention Week

Fire Prevention Week runs from October 7th through the 13th this year, and there is reason enough for every American family to make plans to mark the week.

The aim of Fire Prevention Week is to reduce death and injury from home fires.

When it comes to fires in the home, the numbers from the National Fire Protection Association — sponsors of Fire Prevention Week — are grim. U.S. fire departments respond to an average 358,500 home fires a year. Those fires, on average, kill over 2,500 people a year, injure another 12,300 and do nearly $7 billion in damage.

So what can you do to keep from becoming a home fire statistic? For answers, we turned to Megan Phillips, Fire Marshal for the City of Spokane Fire Department’s Fire Prevention Division. A 20-year fire service veteran, Megan helps develop and enforce the city’s fire safety code and manages fire prevention programs.

As to what you can do to prevent fires, Megan offers this 10-point Fire Prevention Week checklist:

Key to using the alarms properly is knowing where to install them. “Smoke alarms should be placed inside every room where people sleep, outside groups of sleeping rooms and on every level of the home,” Megan says. Put them in a corridor outside the kitchen so cooking smoke doesn’t trigger a false alarm. Keep them away from bathroom doors so steam from a shower doesn’t sound an alarm. Test each alarm monthly and replace batteries annually. Lifespan of a smoke alarm is 10 years so replace all smoke alarms as they approach that 10-year mark. 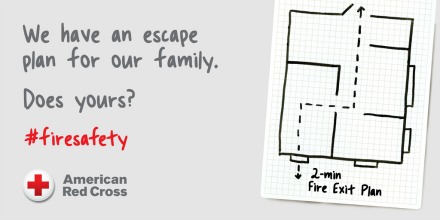 Finally, and perhaps most important of all, make a special fire safety effort during Fire Prevention Week but keep on top of fire safety all year long. Do frequent checks of all the potential risks in your home, to make sure all are under control. Says Megan, “If you have questions about the specific needs of your household, reach out to the Fire Prevention Division of your local Fire Department.”

Fire Prevention Week, by the way, always comes during the week that includes October 9th. Why is that date special? It happens to be the anniversary of what was arguably the most notorious home fire ever. That was the 1871 fire that began in the O’Leary family’s barn on DeKoven Street on Chicago’s Southwest Side and burned for three days. Before rain put out the last ember, 300 people were dead, 3.3 square miles of the city were burned and 100,000 people were left homeless.