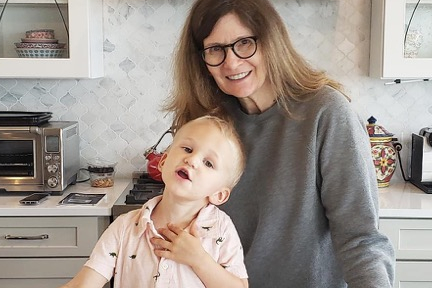 Seattle resident Laura Buckland’s grandson Henry was just 3 years old when he was diagnosed with leukemia. The news came as a shock to his entire family – Henry had seemed like one of the healthiest kids around.

Henry was rushed to Seattle Children’s Hospital, where he underwent a life-saving blood transfusion. Subsequent transfusions would follow so he could continue to survive his chemo treatments.

Some types of chemotherapy can damage bone marrow, reducing red blood cell and platelet production. Other times, the cancer itself or surgical procedures cause the problem. Blood products are often needed. In fact, five units of blood are needed every minute to help someone going through cancer treatment.

Today, Henry is 4 ½ and, after more than a year of intensive treatment, he’s in remission.

“You go to Seattle Children’s Hospital – on the in-patient floors and for blood cancer clinic appointments – you look around and they’re filled with kids just like Henry,” she said. “I always thought, transfusions, that’s when people are in a bad accident or have some major surgery. … But for thousands and thousands of children and adults across the country, this is how they survive.”

A long-time supporter of the American Red Cross, Buckland became a champion for blood donations. Last spring, her office team at T-Mobile organized a blood drive in Henry’s honor.

Buckland makes financial contributions to the Red Cross and is a member of the Tiffany Circle, a community of women leaders who advance the Red Cross mission.

“The more I learned about the (Red Cross) and the work it did, the more I realized the dramatic impact it has to bring comfort and even joy to people’s lives – whether they’re in fires, disasters or now pandemics. When I thought about how and where I want my dollars and energy to go, I wanted to support this great organization,” she said.

Find a blood drive near you and make an appointment to donate.