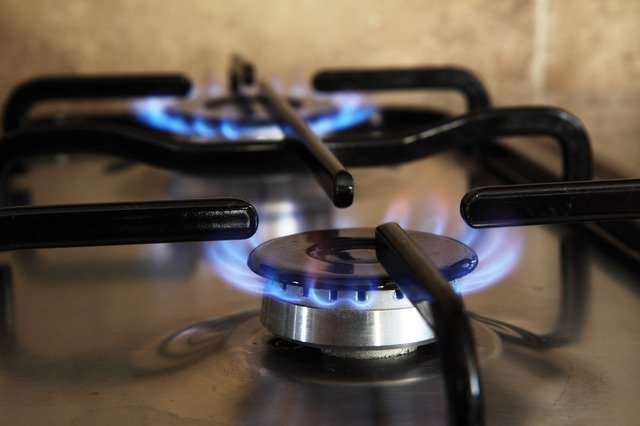 Fire Prevention Week, as proclaimed by the National Fire Protection Association, runs from October 4-10 this year. The dates for this annual event coincide with the anniversary of the Great Chicago fire that began on October 8, 1871.

Observe the event this year by taking steps to fireproof your home. If the Covid-19 pandemic makes you leery of letting outsiders sweep through your home, there is plenty you can do on your own to find and eliminate danger spots.

For advice on how to safety-check your home, we turned to Captain Brian Ellis, Deputy Fire Marshal of Kennewick, WA. A key part of his job is fire prevention.

Home fires are most apt to start in the kitchen, says Ellis, so start your safety check there. The fire prevention rule there is simple. “Pay attention to the matter at hand,” he said. When there is something on the stove, stay at the stove. Food on the stove can start a fire that spreads quickly. “Don’t wander off to check on the kids or to watch television,” he explained.

Make it an ironclad rule that young children never approach the stove, even when nothing is cooking.

Heating devices can be prime danger spots when it comes to fire prevention. “If you have baseboard heating, make sure none of the outflow is blocked by something flammable like a couch,” he said. “Don’t leave piles of clothing or a package in front of the flow of air in or out. If you use space heaters, use the kind that automatically turn themselves off if accidentally knocked over.”

Electrical systems are a frequent source of home fires. Ellis says to check every electrical device in the house. Are any plugs or outlets broken? Are there damaged or frayed wires? Are any electrical outlets hot to the touch? Never run an electrical wire under a carpet. Stepping on it could break or fray the wire, creating a potentially hazardous situation.

Ellis says that extension cords, if not used properly, can be another potential source of trouble. “Extension cords are only meant for temporary use,” he says, “But some people put them in and forget they are there.” If you are running appliances from extension cords, consider having additional outlets installed by a licensed electrician. If you must use an extension cord, Ellis says, make sure it is grounded and the right size for the load it will be carrying. Remove the cord as soon as it is no longer needed.

Be careful how you use candles in the home. “You want to make sure they are never put near anything combustible, like a curtain,” Ellis said. “Make sure they are in holders that can’t tip over, and blow them out when you leave the room.” Ellis says that candles are often lit for festive occasions and forgotten as people get caught up in the event. He recalls a fire that began when a man lit candles as he proposed to his girlfriend and then forgot to extinguish them.

Since smoking in bed is a known fire hazard, there should never be an ashtray in the bedroom. If you do smoke, keep all smoking materials – such as matches or lighters – out of sight and secured. “That will make sure your kids don’t play with anything that could start a fire.”

Be careful if you smoke outdoors. Use metal or ceramic ashtrays filled with sand. Ellis says he once saw a home where a container of potting soil on a deck was being used as an ashtray. “Potting soil isn’t dirt,” he said. “It is made up of fine wood particles, and it definitely can burn.”

“Pay attention to the five feet of defensible space around your home,” he says. “Clear out anything from that space that might burn.” That would include trash, wood, building materials, and wicker lawn furniture. If anything flammable is stored under a porch or deck, remove it.

Check through all the vegetation near the house. It may look lush and green, but there could also be dead, dried out material that needs to be raked out. “A fast-moving fire could produce embers that could set all that dried material on fire,” he says.