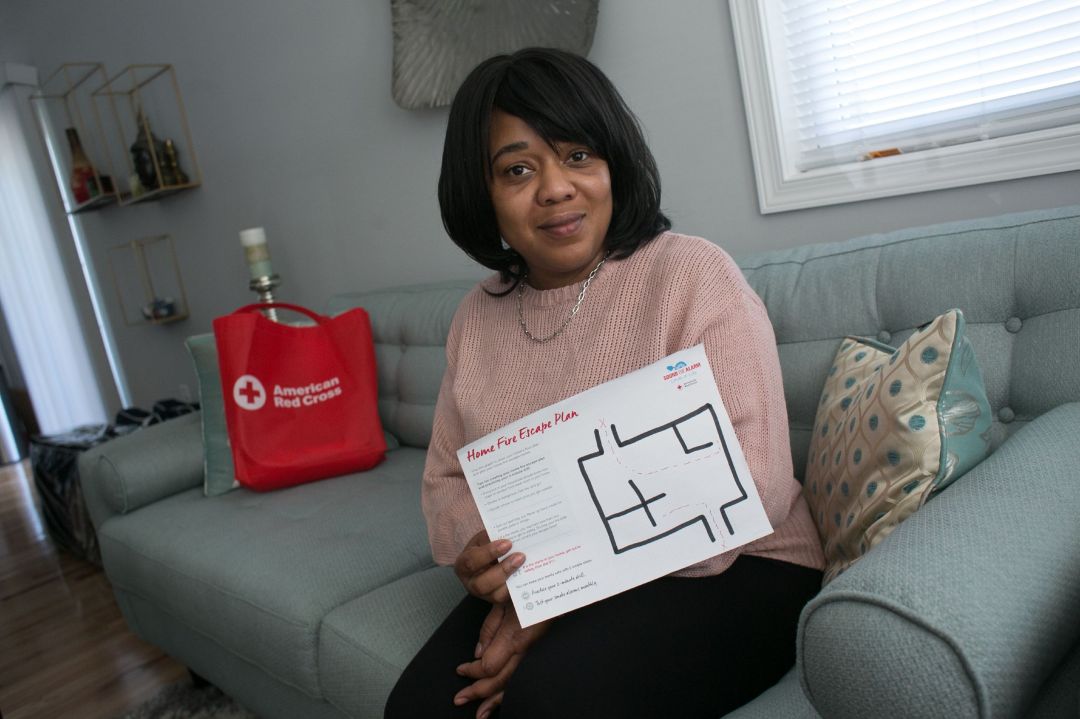 How our virtual Home Fire Campaign can help save lives

The intent of the Red Cross Home Fire campaign is straightforward enough: to reduce home fire deaths by teaching fire safety lessons and by installing smoke alarms in households that don’t have them.

If times were normal, Red Cross volunteers would implement Home Fire 2021 by visiting homes to install smoke alarms and demonstrate fire safety techniques. Times aren’t normal, of course, so this year’s Home Fire campaign will be totally virtual. “The goal is still the same — to save lives,” says Magin Maier, preparedness manager for the Red Cross Northwest Region (Washington and Northern Idaho). “Since we can’t go into homes, we will reach people remotely.”

“Our local goal,” says Maier, “is to make more than 1300 households safer by June 30th,” That date marks the end of the Red Cross fiscal year. In years past, the Red Cross has run a concentrated month-long home safety push called Sound the Alarm (STA). In 2021, STA will run from April 8 to May 9. “We need to achieve about half of our goal during those weeks,” Magin says.

There was reason enough for the Red Cross to target residential fires when it began the Home Fire Campaign in 2014. The National Fire Protection Assn (NFPA) is a non-profit entity that works to reduce death, injury, and property loss due to fire, and keeps statistics on fire events. NFPA’s figures for the five years between 2014 and 2018 show that “U.S. fire departments responded to an estimated average of 353,100 home structure fires per year. Those fires caused an annual average of 2,620 civilian deaths, 11,030 civilian injuries and $7.2 billion in direct property damage.”

Since the Home Fire Campaign began, the Red Cross has installed some 1.6 million smoke alarms. As a result, says Magin, more than 849 lives have been saved because people learned how to take action in the event of a home fire and/or a Red Cross alarm sounded in time to let people escape safely from a burning home.

So, what can the Red Cross do this year, when it can’t come inside your home to install or reactivate a smoke alarm? A whole lot, says Magin. “We can’t put a smoke alarm in your house, but we can provide the information that can save lives.”

She says that all of this year’s virtual presenters will be trained in fire safety, and many of them will be veterans of past Sound the Alarm campaigns. Each virtual call will last about 30 minutes. Clients will learn about home fire safety topics including the most common causes of home fires, the importance of creating an escape plan, how to test their smoke alarms, and how to prepare for an earthquake or wildfire. They will be offered a free smoke alarm installation once it is safe to do so.

When it comes to surviving a fire, panic is your worst enemy. What makes for panic is the speed at which fire spreads — doubling in size every 30 seconds. “People don’t realize how quickly a fire can spread,” Magin says. “If there is a real fire, you need to get everyone outside in two minutes or less. That is all the time you have to escape safely.”

Magin says the Home Fire presentation will prepare you to beat that two-minute deadline. It will offer tips and techniques you might not know about. For example, you will learn how to map out your home to create an escape plan. Once you create the plan, you must make sure everyone in the household is familiar with it. Every family member — adults and kids — should know two ways of escaping from every room. Then everyone must practice the escape drill until executing it becomes second nature.

The last element in creating an escape plan is picking a safe meeting place for family members to regroup when they do get outside.

If you’d like to participate in this year’s virtual Home Fire Campaign, go to www.redcross.org/nwhomefire to request a virtual home fire safety appointment. If you want to become a presenter, contact Magin directly at magin.maier@redcross.org, or contact the disaster program manager at your nearest Red Cross office. Training is virtual and will take about an hour.

Nor is home fire safety all that you can learn if you sign up for the program. The presenters will also be able to teach lessons in how to stay safe in two other disaster situations that can strike throughout the Northwest region — wildfires and earthquakes.