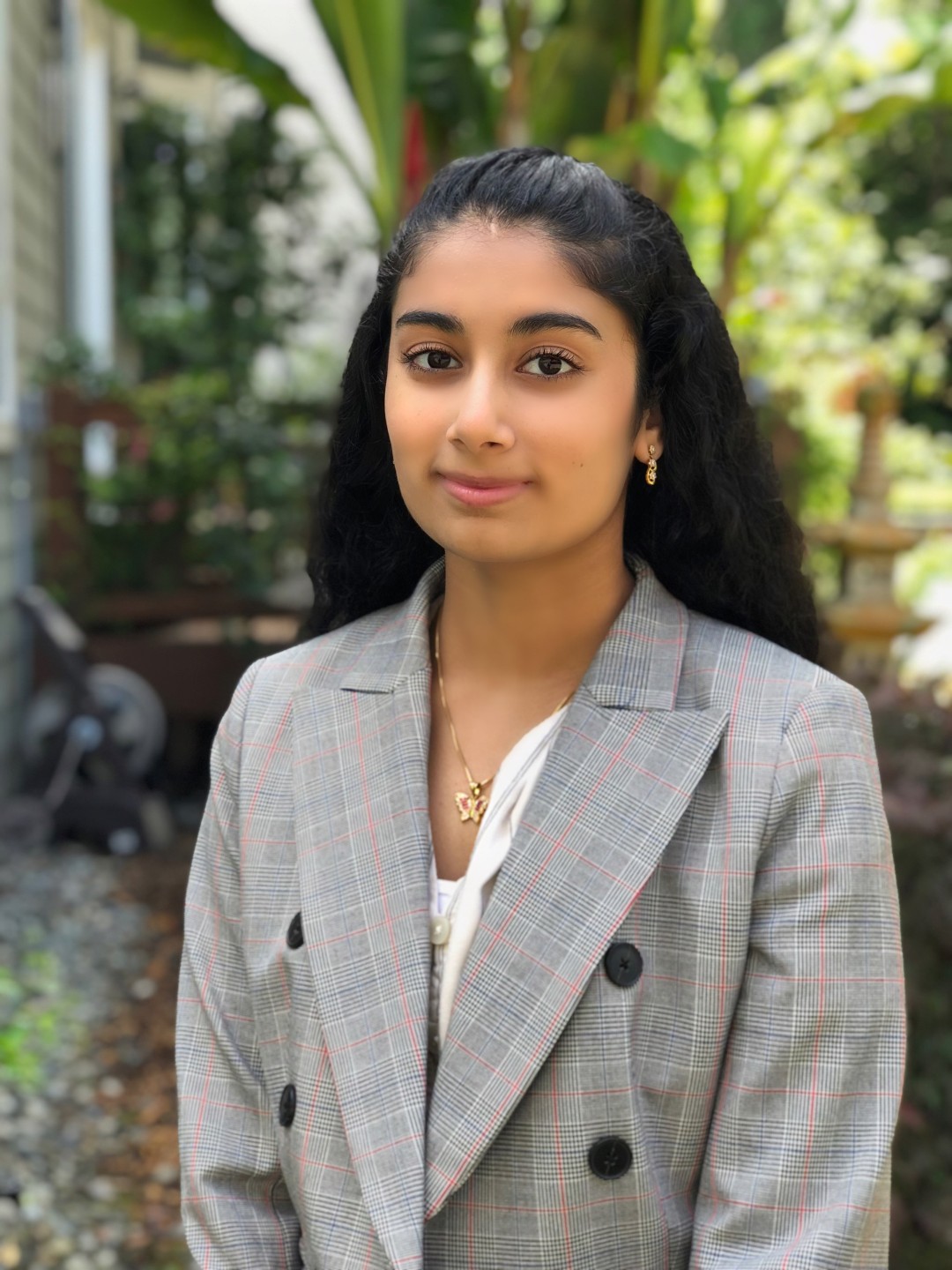 Red Cross volunteer Shivani Jayaprakasam says that what triggered her passion for teaching disaster preparedness was being stranded in Japan three years ago, while Typhoon Jongdari pounded the country. Shivani and her parents had stopped over in Tokyo en route to a visit to grandparents in India. “I saw how unprepared people were to deal with the typhoon,” Shivani says. “It made me want to do what I could to help people prepare for disaster.”

Riding out the storm proved to be a defining moment for Shivani. She returned to her home near Seattle eager to train as many people in preparedness as she could. “I wanted to make a difference in my community,” she says. Though still just a junior in high school, Shivani has made a difference–and then some.

First, she has become an active volunteer in the Red Cross King County chapter, which serves her Seattle area community. She organized and is president of an American Red Cross Club at her high school–the International Community School in Kirkland WA. A goal of the club, Shivani says, is “to instill the lessons of disaster preparedness in the younger generation.” Shivani began thinking about the club almost as soon as the Covid-19 pandemic hit. It will become fully operational when face-face teaching resumes in the fall.

Shivani also works with an entity called the Bridge Disabilities Ministries, which helps people with disabilities in the Kirkland area. There, she says, she helped create dozens of packages of food and other necessities for people in need of assistance.

She has extended her reach beyond the Seattle area by volunteering with the Federal Emergency Management Agency (FEMA). Her first connection with FEMA came in the summer of 2019 when she was selected to attend FEMA’s youth preparedness camp. There she became a certified member of a Community Emergency Response Team (CERT). Such teams assist first responders at disaster scenes and provide disaster preparedness training to their communities.

For the past year-and-a-half, she has been a member of the Youth Preparedness Council of FEMA Region 10, which covers Washington, Oregon, Alaska, and Idaho. As the name implies, the council helps develop and implement preparedness lessons for young people. One-way FEMA Youth Councils accomplish that is by integrating disaster preparedness lessons into the regular school curriculum. For the past year, Shivani has been co-chair of the Region 10 council.

And now Shivani has further broadened her outreach by being picked for the FEMA National Youth Preparedness Council. Now she will be able to push her disaster preparedness agenda on the national stage. She will join the council in time for its national summit in July and serve on the council for two years.

As with most events this year, the FEMA Youth Summit will be virtual rather than face-to-face. But Shivani has shown she is adept at getting her message out–face-to-face if she can, but virtual if she must. She says she made dozens of how-to-videos during the pandemic. These videos covered such diverse subjects as keeping positive during the crisis, on the need to be vaccinated against COVID, on how to stay safe during a natural disaster, and on how to create a go-bag, to be used in an emergency.

These videos, Shivani says, reached more than 50,000 people around the country. One of her preparedness videos brought this Tweet from FEMA Region 10, “Great tip from Shivani (10th grade WA) on creating a family emergency plan.”

So, the coming school year will see Shivani involved nationally with the FEMA Youth Preparedness Council and locally getting her school’s Red Cross club off the ground. As president of the Red Cross club, she will be working “to get other students to volunteer and to get parents involved in preparedness.” Asked what youngsters can gain by joining the club–beyond being better prepared to cope with emergencies.  “Being part of the club can help teach leadership skills and it can help students make useful connections,” she says.

Looking farther ahead, science seems to be in Shivani’s DNA. Her father is an engineer–trained in India and now working for Microsoft. Shivani, herself, hopes to become a pediatrician. Since she is just entering her third year of high school, she still has time to settle on her career path and choose a school.