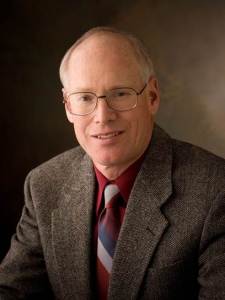 Sometimes unforeseen obstacles can derail an otherwise well-planned disaster relief effort. Fortunately at the Red Cross, we have many volunteers who view such challenges as opportunities to learn and build a stronger organization. One of those special individuals is Larry Messinger, a dedicated Spokane volunteer who was on the scene of a powerful windstorm that hit the Spokane area in July 2014.

During the storm, winds of 50 to 70 miles per hour felled large trees, damaging homes and cutting off power to residents. At the Riverside Mobile Home Park north of Spokane, 20 homes were heavily damaged and 35 families displaced. A Red Cross shelter set up in a school across the street was ready to take people in, but residents were reluctant to use it. One major reason was that they didn’t want to leave their pets behind. “We saw that same issue at another shelter we opened in our county for a wildfire. I volunteered to jump in on that,” Larry recalls.

Taking care of pets is becoming an important part of disaster relief, and today Larry’s volunteer work includes establishing partnerships for the emergency sheltering of pets and animals in Spokane and surrounding communities. “People who have had a house fire are devastated,” he says. “They’ve lost everything they own, but they’re more concerned about what they still have, like their cats and dogs.”

The Power of Partnerships for Pets

As Larry explains, community partnership development is essential to filling needs like this one. “We can’t do everything on our own. We depend a lot on other agencies, nonprofit and for-profit both, to help us out during disasters.” In his role as a leader of this effort, Larry works to identify organizations that can fill certain gaps with assistance that the Red Cross is called upon to provide.

Long-term planning is in Larry’s blood. Before retiring to Spokane in 2007, he worked in the mining industry for 34 years in St. Louis, Wyoming, Texas, and South America as an operations project manager and consultant. Volunteering for the local Red Cross chapter was an opportunity to put his skills to good use in retirement and get to know the Spokane community. For Larry, meeting new people he wouldn’t have crossed paths with otherwise is the best part of volunteering. “I’ve met a lot of people who, because of a combination of circumstances, weren’t able to help themselves when they had a mishap like a fire. Meeting people and getting to all corners of the community has been very rewarding to me.”

In addition to his work in community partnerships, Larry serves as a Disaster Action Team (DAT) duty officer and captain, caseworker for the Services to Armed Forces Emergency Communications program, and Restoring Family Links Services (RSF) caseworker for his chapter. Through RSF, he helps reunite family members around the world that have been separated due to war or natural disasters. When he’s not volunteering, Larry enjoys woodworking and running, and recently completed a 14k race. He and his wife, Sherry, also spend time maintaining their large yard and visiting their four grandchildren in Texas and Illinois.