All Dressed Up for Red Cross Month 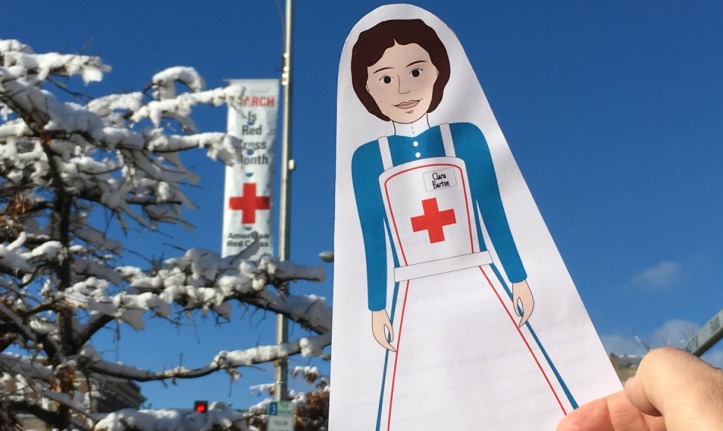 The City of Wenatchee, WA is most commonly known as the “Apple Capital of the World,” but this month, we’re unofficially calling it the “Red Cross Capital of Washington State!”

Take a stroll down Wenatchee Avenue and you’ll see why. You can’t miss the bright white banners lining the downtown corridor. It’s a tradition that started many years ago, recognizing March as “Red Cross Month” and calling attention to our volunteer-driven, humanitarian mission.

“The street banners hanging throughout downtown are a wonderful tribute to the volunteers, supporters and partners who work every day to serve this community through the Red Cross,” said Megan Snow, Executive Director of the American Red Cross serving the Greater Inland Northwest. “We appreciate the city helping us celebrate their commitment in such a recognizable way.” 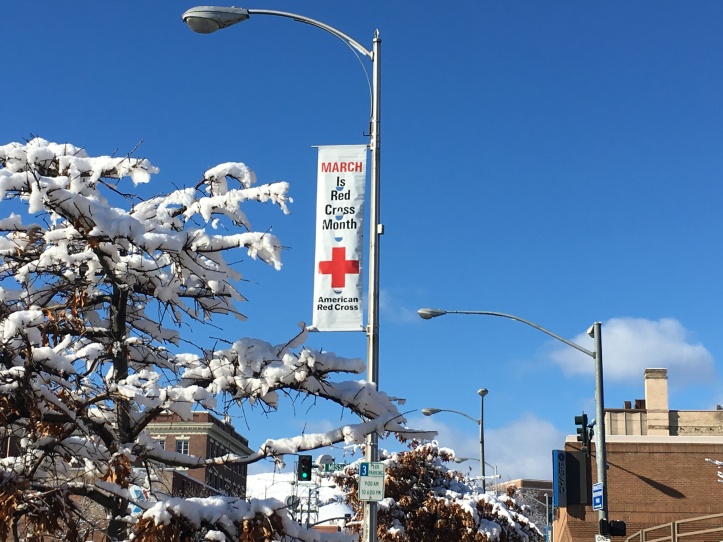 Originally purchased through a grant written by former Chapter Executive Director, Marriah Thornock, the banners have been well cared for and re-hung every year since.

Wenatchee City Engineer, Gary Owens, says the banners help raise awareness about the organization and services available to the community. “I think it just kinda gives you a warm feeling,” Owens said. “Letting people know there is help out there if you need it.”

The city often plays an important role for the Red Cross during wildfire season, serving as operational headquarters for relief efforts. Wenatchee’s geographic location and volunteer corps are critical to delivering successful service.

So, thank you, Wenatchee! You honor us with your continued support. 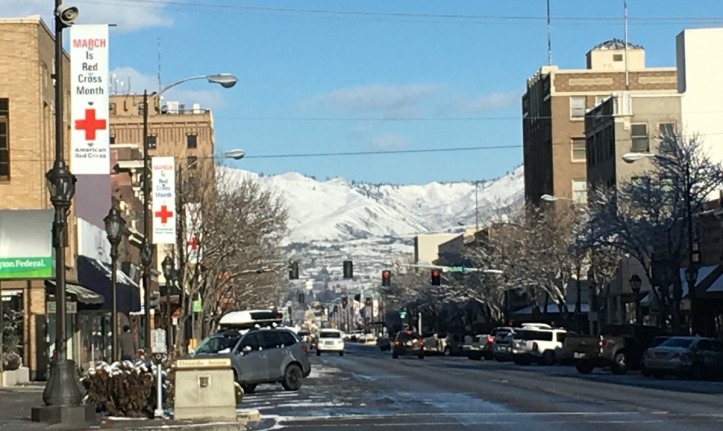