Building a Radio System to Keep the Red Cross in Touch

When disaster strikes, nothing is more important to keeping all responders functioning as a team than solid, dependable radio communications. When disaster threatens to disrupt conventional means of communication as cell phones and landlines–as a Cascadia event might do–the need for a high-quality radio network becomes downright critical.

In preparation for a Cascadia-related quake and tsunami–or some other mega-disaster– the American Red Cross Northwest Region is putting new emphasis on building a robust radio communications system.

Spearheading that build-out is volunteer, Rowland Brasch. He is the long-time head of disaster services technology for the region’s King County chapter in Seattle. But for the past year he has also been lead for radio communication for the entire Northwest region. 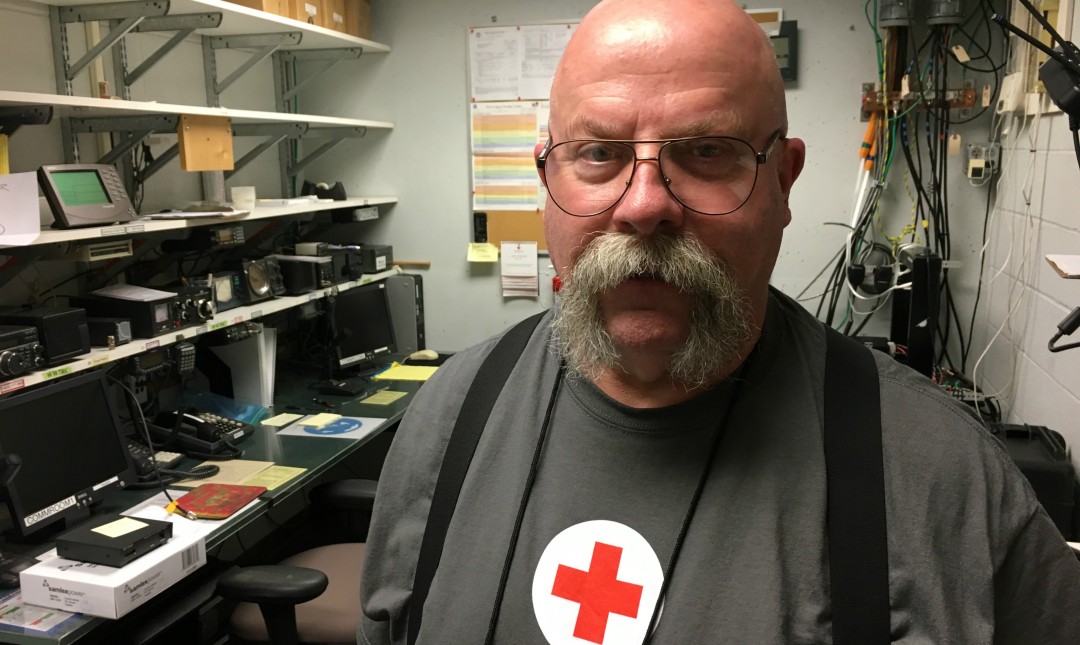 There are a number of communications resources to call upon. The Red Cross nationally has radio frequencies specifically assigned by the Federal Communications Commission. Most Red Cross chapters and vehicles have radios designed to work on those frequencies. Beyond that, there are thousands of amateur radio–ham radio–operators in the region who are trained in emergency communication.

So if all the elements to a radio system already exist, why does the Red Cross need to do more?

Part of the answer can be found in the very nature of radio waves. They don’t travel long distances unassisted. The Red Cross radio frequencies are in the VHF (very high frequency) range and transmitter and receiver must literally be within sight of each other to communicate. Given the long distances between chapters–between the King County chapter in Seattle and the Greater Inland chapter in Spokane, for instance–and the mountains that divide the state, conventional radio systems just won’t do.

Beyond that, Brasch says little has been done in the past to coordinate chapter radio operations into a single, integrated regional system. “It was clear we needed a system that would let everyone talk together when we needed to,” he says. “I was given my new role a year ago to make that happen.” Rowland Brasch 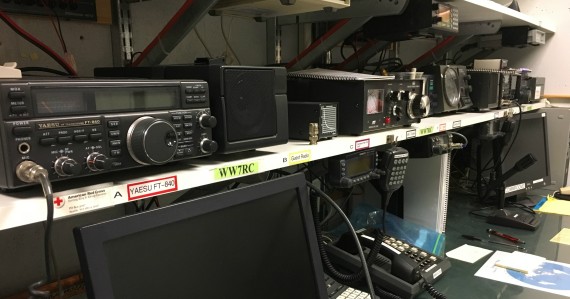 But even if every chapter builds its own robust radio system, they would still need to be tied together to handle a disaster big enough to involve the whole region. “Should Cascadia hit,” says Brasch, “response units from all over the country would be deployed from Spokane or Moses Lake. That means that contact between Seattle and Spokane will be critical.”

Next step is the building of what is known as a “base radio” system on Cougar Mountain, near Seattle. It won’t link all the Red Cross units in the field, statewide, but will improve communication among the region’s seven chapters.

Still more work lies ahead, says Brasch–including an advanced system of radio antennas. When those are in place, it should be possible for all seven chapters to stay in touch–including Spokane and Kennewick to the East and Bellingham to the far North. “I’ll be putting one of those antennas in my backyard to see if it works,” says Brasch.

If there is a sense of urgency to his work, it’s understandable. Warnings that the “big one” might come at any time are common these days. A massive, area-wide drill in June, 2016 called “Cascadia Rising,” helped raise public awareness of the perils that the Cascadia subduction zone poses to the region..

“I can’t help thinking about what might happen if the big one hits,” says Brasch. “After all, a fault runs close to the Red Cross building.”

Join us!  You too could be a Red Cross Volunteer working on preparing our community for disasters and responding to help others in their time of need: http://www.redcross.org/volunteer/become-a-volunteer