When Every Second Counts

Visit just one fire scene, work your way through one burned-out dwelling, and you’ll understand why every second counts when a home catches fire.

Until you see it first-hand, you can’t imagine the devastation a fire can cause. A fire doubles in size every 30 seconds. As it spreads, it consumes everything in its path.

I’ve been in burned-out homes where not a single piece of furniture was recognizable as such. What little that remained intact– clothing, a mattress, a child’s beloved toy—was soaking wet and reeking of smoke. Anyone who did not get out of the fire building quickly could have been badly injured or even killed.

Because every second counts, the difference between making it to safety and becoming a fire victim could well be having a smoke alarm that sounds a warning before the fire has spread. That’s why the American Red Cross Home Fire Campaign launched in 2014, with the goal of reducing the number of deaths and injuries by home fires by 25% in the United States.  A big part of that process is installing free smoke alarms in the homes of high-risk community members across the county.

I’ve been a Red Cross volunteer with both the Greater New York and  Kitsap and Olympic Peninsula chapters–much of the time as a disaster responder. Over the years I have responded to hundreds of fires and seen the havoc they can cause close-up.  A few responses stand out in my mind:

The Red Cross doesn’t respond only to home fires. In the Northwest Region we’re also on the scene at wildfires, earthquakes, storms, landslides and more—any event that leaves people homeless.

The earthquake risk from the Cascadia subduction zone is serous in the  region and beyond.. So is the risk of wildfires, spreading rapidly and forcing the evacuation of entire communities. The devastation caused  by Hurricane Harvey is far away from our region but Red Cross workers from the region were on scene in Texas even before the storm hit.

Still it is home fires that account for the largest number of Red Cross responses nationwide–and it is home fires that represent the most acute peril for families. Figures from the National Fire Protection Assn show U.S. fire departments responding to a home fire every 86 seconds. Home fires killed nearly 2,600 people in the most recent year for which complete figures are available. 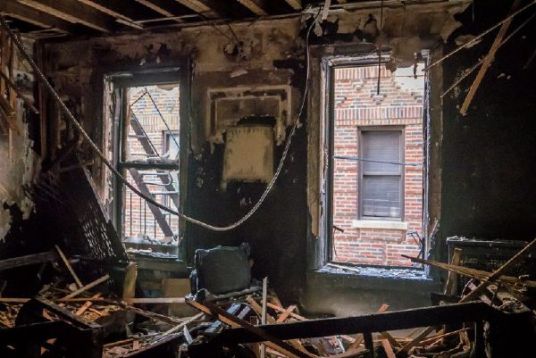 The Red Cross can’t restore what was lost in a disaster.  But we can—and do–help people through the critical first hours and days after disaster strikes–as we did for victims of Hurricane Harvey. We provide meals, clothing, emergency financial assistance and a safe place to sleep. We help victims deal with physical and mental health issues. Finally, Red Cross caseworkers can help victims make longer-term plans to  help get their lives back on track

And there’s never a charge for Red Cross assistance. Our help is free to all who need it.  It is paid for by gifts from donors big and small, from every walk of life.

Just as important as providing assistance after the fact is the work the Red Cross does in preventing disasters and minimizing the impact when they do occur.

But those teams will also be providing home fire safety information aimed at preventing fires and helping families make escape plans should fire occur. Goal of the Red Cross program is to cut fire deaths and injuries by 20% by 2020.

To get a smoke alarm if you don’t have one, contact redcross.org/local/washington/about-us/contact. Since a smoke alarm can give you extra seconds when every second counts, you owe it to yourself and your family to have one in your home–correctly installed and tested to be sure it works. 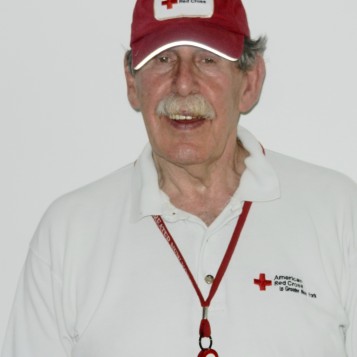