How the Red Cross tends to Spiritual and Physical Needs

Most disaster victims need more than just a meal and a safe place to sleep, says Portland, OR based Red Cross service area leader Tim Serban. They also need emotional and spiritual support to help them get through an ordeal that threatens to tear their lives apart. “They already know what happened,” says Serban. “Now they want to know why it happened and why such a terrible thing happened to them.”

Serban, a lay Catholic chaplain, served in Texas, bringing comfort to victims of Hurricane Harvey, as he has done at disaster scenes going back to the 9/11 terrorist attacks in 2001.  And he was just one of 60 chaplains deployed to Texas – plus 20 more deployed to Hurricane Irma in Florida–as part of a brand new activity of the American Red Cross.

Since 2015, an official Red Cross function has been serving the spiritual and emotional needs of disaster victims – as well as their physical need for food and shelter. 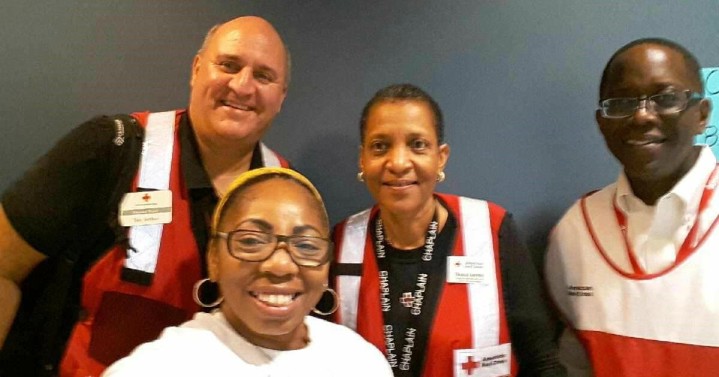 Serban’s formal Red Cross title is Disaster Spiritual Care National Lead. He is also spiritual care adviser to the Pacific Division of the Red Cross – which includes the Pacific Coast from California to Alaska, plus the Pacific Ocean islands. He lives in Portland, having moved there from Everett, WA in 2013. For many years he served as a board member of the Red Cross Chapter serving Snohomish County.

Most Red Cross chapters provide some spiritual care to disaster victims, through ties to local religious leaders. But now providing that care is an official Red Cross function – put to the test as never before by the back-to-back hurricanes, Harvey and Irma. The seeds of this new initiative were planted by a headline disaster – the crash of TWA flight 800 offshore from New York City in 1996.

The families of victims of that crash prevailed on Congress to pass the Aviation Disaster Family Assistance Act of 1996. It mandated such things as a memorial service for victims and support services for family members of victims. Serban explains that the Red Cross was brought into the picture as the government worked out ways of complying with that mandate.

The first Red Cross spiritual care response was to 9/11. Serban met with the families of victims and accompanied them when they visited lower Manhattan where the towers had stood. He also provided counseling to the firefighters and construction workers searching for victims in the debris.

Serban reached Texas only three days after Hurricane Harvey came to shore. He concentrated on Houston, where flooding sent tens of thousands of people into shelters. Other Red Cross spiritual care teams were spread across the state.

“Our first job is to provide victims a safe quiet spot,” says Serban. “My first question is ,’where do you go to get grounded?’ They will tell me it is their home or their family or their pets. Then we talk about how they can ground themselves when so much they relied on is gone.”

Serban witnessed 80,000 people permanently displaced by Harvey. “Many of them lost everything and needed all the support we could provide,” he says. “But we did not ignore the needs of the volunteers who were overwhelmed by the scope of the disaster.”

Red Cross spiritual care is non-denominational – in keeping with the basic Red Cross principles of impartiality and neutrality. So, spiritual care teams include members of all faiths. “A chaplain in a shelter is a chaplain to everyone in that shelter,” Serban says. 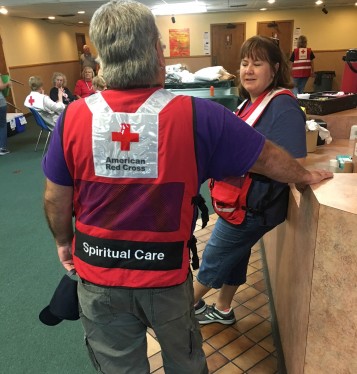 Serban trained for his role by studying theology, psychology and counseling at Duquesne University in Pittsburgh. His working title is professional health care chaplain and most of his career has been spent working in hospitals. He was head of Mission Integration and Spiritual Care at a Providence Regional Medical Center in Everett, WA for many years – the years in which he was affiliated with the Red Cross Northwest Region, .

Since 2013 he has been in charge of spiritual care for the eight Providence Health hospitals in Oregon.

Serban finds his experience in hospitals excellent training for the challenges he has faced working in disaster areas. “In both hospitals and shelters,” he says, “people are vulnerable when they come in. Our job as chaplains is to supply the spiritual care that will support them in their vulnerability. That support may come from a minister or a rabbi or an imam but our job is to make sure they get all the spiritual support they need.” 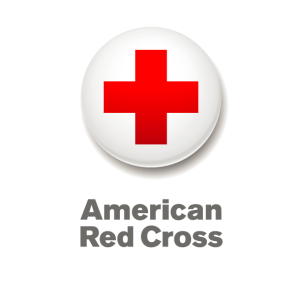