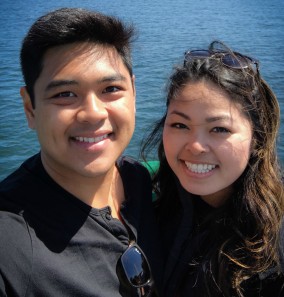 Hurricane Harvey deployment to a shelter in Houston, TX proved a personally rewarding experience for Red Cross volunteer Patrick Panlasigui, of Federal Way, WA.  Patrick says it also proved an educational experience – teaching him lessons and sharpening skills he is already finding valuable in his job as a research coordinator at the Seattle Cancer Care Alliance.

He says that shelter work in a disaster zone drove home the need to remain flexible – to be able to adjust quickly to changing conditions. Even more important, he says, “It taught me a lot about stress management in the workplace.”

The Seattle Cancer Care Alliance is a cancer treatment center that draws on doctors from the major hospitals in the area. Patrick works with both doctors and patients involved in clinical trials in the Alliance’s lung cancer group. It can be a high pressure job, he says, managing thousands of medical tests. “I see people around me getting frustrated and panicked,” he says. After coping with a high stress level in the shelter, he says, “I rarely feel overwhelmed by anything.”

There were a  few speed bumps along the way before Patrick wound up in the Houston shelter.

When Hurricane Harvey struck Texas in early September, Patrick was newly arrived in the Seattle area, after getting a master’s degree from George Washington University in Washington, DC. He thought about volunteering with the Red Cross but was still settling in and looking for a job. “I wanted to help out but I just didn’t have the time,” he says. “I felt badly about that.”

When Hurricane Irma struck Florida and the Caribbean two weeks later. Patrick decided he had to respond. He signed up as a Red Cross volunteer on a Thursday and was told to come in for training two days later. That same Thursday, he was offered a job by the Seattle Cancer Care Alliance. “I wanted the job,” he says. “But I asked if they minded if I didn’t start right away.”

When he explained why he wanted the delay, the Alliance postponed his start date until after he had completed his Red Cross deployment.

Because disaster workers were needed immediately, the Red Cross compressed its normal training schedule from days to just four hours. “It was not so much teaching us how to work in a shelter, but of telling the volunteers what to expect in a disaster zone shelter. “They taught us that every shelter is different, every situation is different,”  he says. “We were taught to remain flexible and roll with the punches.”

The first surprise for Patrick was that he was sent to Houston for Harvey relief and not to Florida for Irma relief. He spent a couple of nights doing general shelter work. Then he and some other volunteers found a need among shelter residents that was not being met.

Storm victims saved what clothing and keepsakes they could from their homes and lives – only to be separated from their possessions during the rescue operation. “It may sound trivial but literally the last remains of their homes were in boxes and they did not know where those boxes were” Patrick explains.

He recalls one man in the shelter who had only the clothing on his back,” Patrick says, “After searching for three hours, we found a bag with some of his stuff in it and gave it to him. It was mostly just a blanket in the bag but it was all he had. Giving him something that belonged to him was so powerful.”

The memory Patrick carries away from his deployment was being able to make such an impact on someone’s life, “Millennials have a lot of job dissatisfaction,” Patrick says, “They want what they do to mean something in the world and they don’t see it happening.”

To his fellow millennials, Patrick, who is 29, says, “Stop complaining about what you aren’t getting out of life, do something about it. In just five minutes being deployed with the Red Cross you will make an impact on someone’s life, you will make a difference in the world.”

Make a difference in the world. Become a Red Cross volunteer like Patrick.