He showed up on his own, he’s decidedly self-directed and he comes back day- after-day.

And sure, there may be disasters and blood drives and the like to manage, but nobody starts work at the American Red Cross Northwest regional headquarters without getting by Otto first. Same when it’s time to go.

Otto is a frisky feline who showed up at the regional headquarters on 25th Avenue South about a year ago, often claiming a center spot on the ramp leading into the facility.

“He thinks he owns the place,” said Jamie Hill, Northwest Region disaster program manager.  “This is Otto’s Red Cross, and you have tell him hello and goodbye each day.” 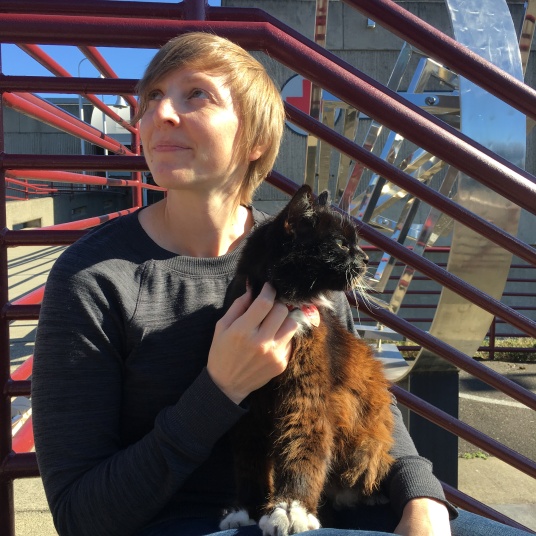 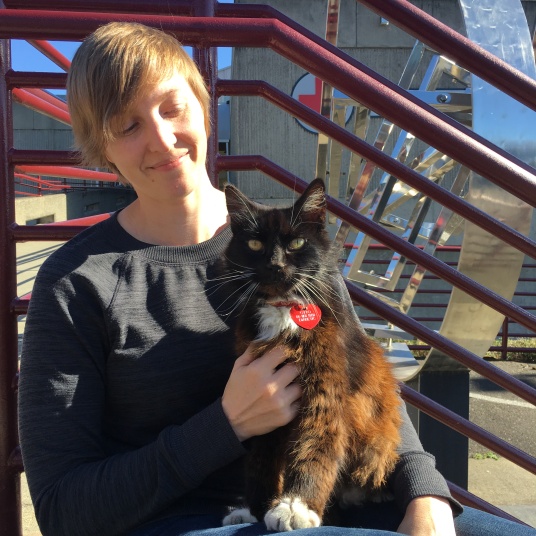 Otto declined to be interviewed, dismissing the request with haughty disdain.

But maybe it was how he was approached that elicited Otto’s firm no-interview stance. His mom, Libby Golden, says Otto is really a sweet, loving and gentle cat.

“He has claimed the entire block as his own,” said Libby, whose family home is directly across from the Red Cross. “And he’s a real gargoyle with dogs in the neighborhood.”

This writer can attest to the latter, having approached Otto recently with my kitty-loving and gentle cockapoo Dash. Otto wasn’t having any of it, deftly delivering several lefts and rights on the mutt’s mug. Dash gave Otto a wide berth after that.

Despite that dust-up, Otto is better known a sweetie, providing a little pet therapy for clients at a nearby psychologist’s office, another frequent stop.

“He’ll sit on your shoulder and give extra-long hugs,” Libby said. “He has a purr that can save the world.”

Otto was adopted by the Golden family, who dubbed him Lotto Otto Golden Ticket, aka Otto. He’s 12, he’s battling diabetes — his collar alerts his fans to the condition and not to feed him anything.

“He’s very independent, a little eccentric and unique” Libby said. “His name means ‘Prosperous’,’ and we feel like we won the lotto with him.”

Turns out Otto saunters home several times a day to grab a snack before returning to the Red Cross, where Katie Prettyman attests to Libby’s description of Otto.

“He’s incredibly sweet,” said the Red Cross’s Northwest Region volunteer officer. “He runs up to greet me whenever I arrive. He’s our bit of pet therapy each day.” 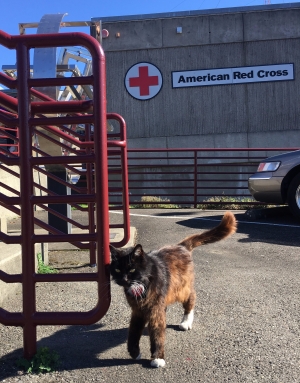