Cameron Thompson is indeed a bright little boy. He was watching the news and saw the story on the Philippines. He asked his mom about it and she told him it was a big storm and that the people lost everything. He learned that children in the Philippines have even lost their toys. Cameron decided that he could help the children by raising money. 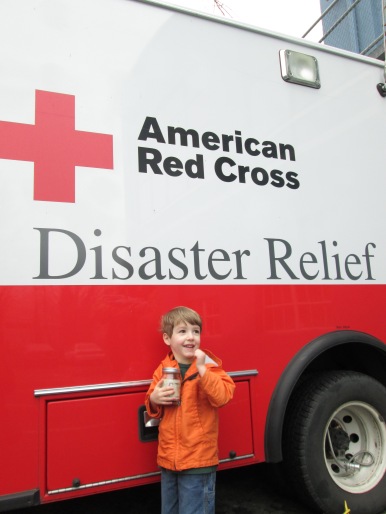 Our Mount Rainier chapter in Tacoma gave Cameron a short tour of the office, showed him the ERV and gave him a certificate honoring him for the $43.20 he raised as well as bag of preparedness things. The stickers and safety whistles were a hit! 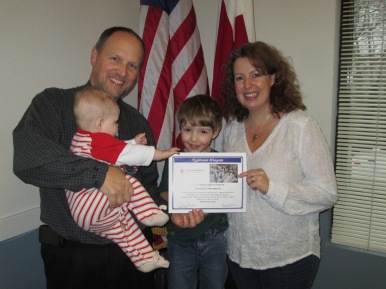 Cameron was joined by his parents Rebecca and Scott and his little brother Connor. Thank you very much to Cameron and his family! Your donation will go a long way to help children in the Philippines.