Why Deployment Was Different for This Volunteer 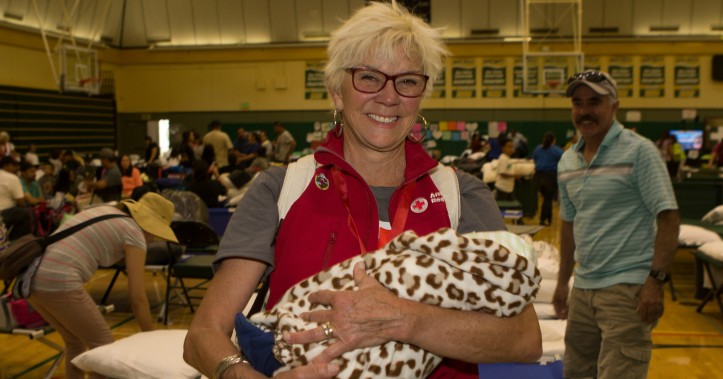 When Red Cross volunteer Mauri Shuler of Olympia, WA deployed to the California wildfires last month, she found much about the experience old and familiar but some of it new and challenging.

Flying into a disaster scene is nothing new for Mauri. She did it many times in her years as a broadcaster and producer for ABC and NBC. She spent seven years as a producer for NBC News, based in Burbank, CA and covering Central and South America.  “I went to all the war zones and disasters they could send me to,” she says. Among the disasters she covered was the 1985 Mexico City earthquake that killed at least 5,000 people. 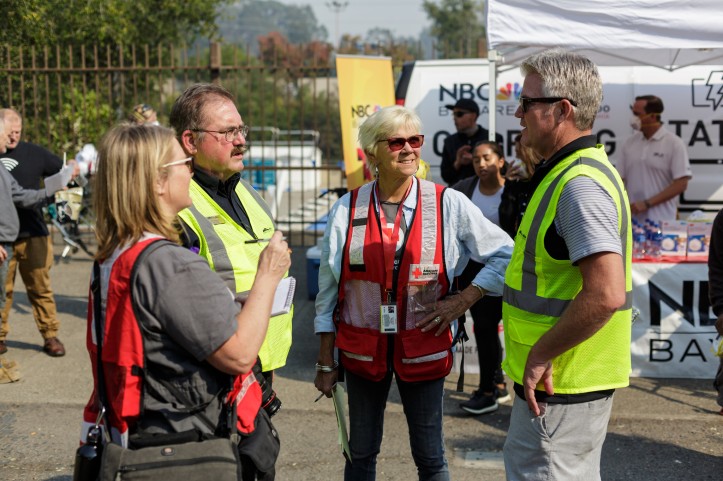 What was new for Mauri –on her very first deployment–was going to California to handle communications for the Red Cross, not as an eager reporter with a story to pursue and a deadline to meet. “My biggest fear,” she says, “was that I would want to report the story as opposed to my job which was to tell the Red Cross story.”

In the end, Mauri says, the job proved to have three main elements.

The first was keeping the staff and volunteers of the shelters she worked at informed while getting their story told to the folks back home. The second was helping the reporters and broadcast crews on scene cover the wildfires. The third was making sure the Red Cross story was told honestly and accurately. “I had to make sure that any rumors that might damage the image of the Red Cross were tracked down and nipped in the bud,” she says.

An e-mail from Mauri to Colin Downey, Communications Director for the Red Cross Northwest Region, gives some idea of what her working days were like. “I have done radio and television interviews in Spanish,” she wrote. “I have arranged radio and television interviews for our clients and volunteers. I have helped two television crews find the footage they need. Today I helped KGO TV in San Francisco find space in a parking lot so they could park their satellite truck.” 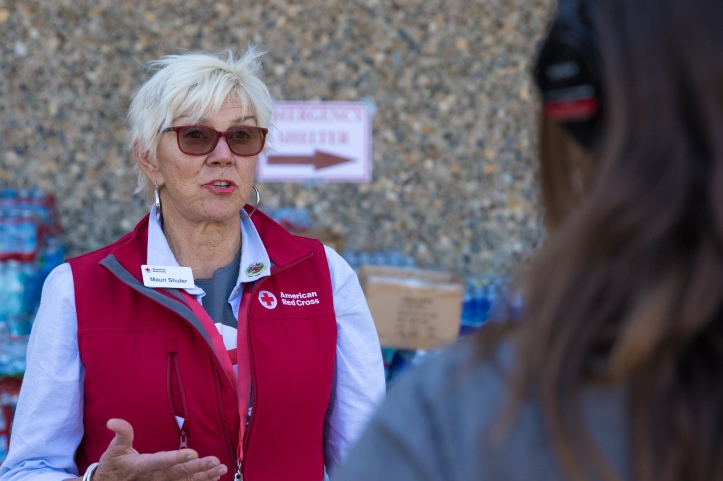 That point about doing broadcast interviews in Spanish was still another important element in her deployment to California. Mauri is fluent in Spanish and she put that skill to good use–not only on the air but as an interpreter in Red Cross shelters. Her first stop was at Calistoga in Napa County, in a shelter at Napa Valley College. Most of the 1,000 or so clients there spoke little or no English. She found the shelter residents in need of reassurance, since the nearby wildfires were still burning out of control.

Her next stay was at Santa Rosa in the Sonoma Valley. There the shelter was on the Sonoma County fairgrounds. It spread over three large buildings, and Mauri spent her days running from one building to another. She was assigned a photographer, and found that staying connected over the extensive fairgrounds was a considerable challenge. “On my next deployment I am going to have my own set of walkie-talkies so my photographer and I can stay in touch,” she says.

What helped her adapt to the rough conditions she found in the wildfire zone were her many years as a working journalist–years in which it was not unusual to be dropped into a war or disaster zone on short notice. 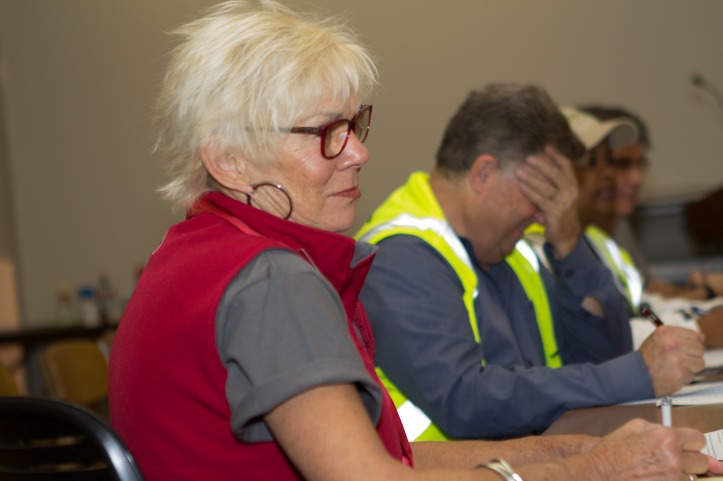 She worked in radio in New York and Houston and then spent 10 years in local television in Texas. Next came her seven year stint as a TV producer for NBC in Burbank, CA followed by a two-year hitch as NBC bureau chief in Tel-Aviv.  She was told Tel-Aviv would be calm and quiet. Instead she arrived just in time for the first intifada–the violent protest by Palestinians against Israeli occupation of the West Bank and Gaza.

For her return to the U.S. she chose to settle in Seattle. Her husband is in the Merchant Marine, on ships running up and down the Pacific Coast. “I thought it was a good idea for both of us to be in the same time zone,” she says. Recently she moved to Olympia to be closer to her three grandsons, ages 8, 6 and 3. “I have rented a house and I want to spend a year bonding with my grandchildren,” she explains.

After retiring from broadcasting, her career took an interesting turn–serving a four-year term as city council member in Edmonds, WA. She finally came to the Red Cross in November, 2016.  “I wanted to continue serving the public and I thought my experience in disasters made the Red Cross a good fit,” she says.

On October 11, 2017, she walked into the Red Cross office in Seattle and was asked if she wanted to deploy to California. By the 13th she was on a plane to Sacramento.

For all her years in trouble zones, she still found deployment challenging. Working days ran 10 hours and more, and she quickly learned that all shelter workers are obliged to tend to the needs of clients, no matter what job they are supposed to be doing. “Helping a client in need is never someone else’s job,” she says. “We are all Red Cross volunteers.”

It took Mauri time to get used to communal living and the lack of privacy in staff shelters. “I had never slept in a room with 40 other people,” she says. To others who may be deployed to disaster scenes, she advises: “Stay patient and compassionate and focused. And always remember to take care of yourself. Don’t try to keep going when you are tired, just sit down and give yourself a rest.” 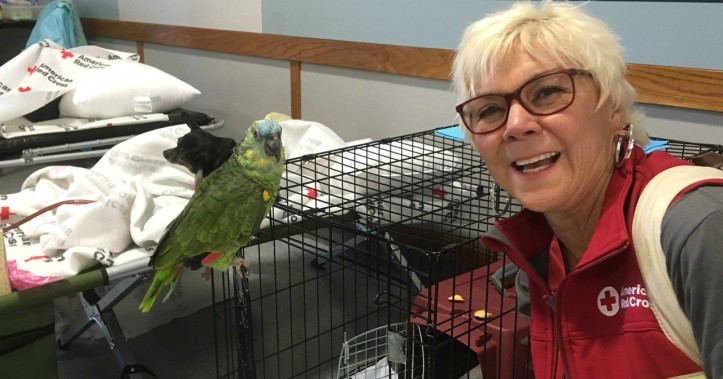