Early one evening during a family gathering of more than a dozen people in Everett, the Hoffman family started a fire in a basement wood-burning stove to heat their home.

“All of a sudden I had someone knocking at my door saying my chimney was on fire,” Linda Hoffman said. The fire department quickly put out the fire and no one was injured. It was a scary experience though trying to make sure everyone was out and accounted for.

Throughout the entire episode, none of the existing smoke alarms made a peep.

“I was just lucky enough to have someone drive by and take action, which I was very thankful for,” Hoffman said.

The fire department recommended the smoke alarms be replaced. A friend of the family who works with the Red Cross connected them with volunteers Kathy and Richard Kennard who installed eight alarms with 10-year batteries throughout the 2-story, 5-bedroom house built in the early 1900’s.

It’s a procedure the couple have done many times since they started volunteering with the Red Cross more than three years ago. Kathy estimates she and her husband install 300-500 smoke alarms per year. They also serve on the Disaster Action Team whose members respond to home fires to support people during their time of crisis. 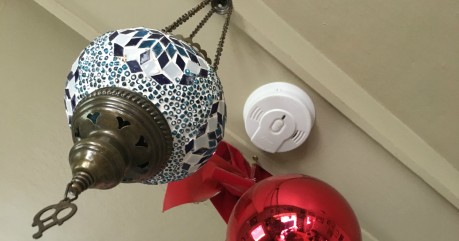 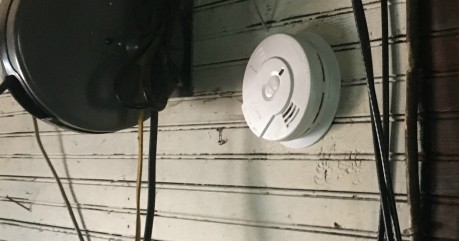 Declaring the Kennards “awesome,” Hoffman said the alarms and the safety discussion “make me feel a lot better, especially when my son is around, or my grandkids.”

Hoffman urged others to reach out to the Red Cross to get working alarms.

One way to do that is to take advantage of the Sound the Alarm campaign, a home fire safety and smoke alarm installation campaign. Richard Kennard and other volunteers are coordinating a Snohomish County campaign this April and May. To sign up for this free service across much of Washington state, visit GetaSmokealarm.org.

“They give you a ton of information on top of it,” Hoffman said. “People don’t realize that the Red Cross is not just there for disasters.”

Click on these links to find out more about the Red Cross Home Fire Campaign and how we’re Sounding the Alarm in communities all across the country.